This annual award recognizes and supports the work of an outstanding emerging theatrical designer within the Chicago area. A $2000 honorarium is given annually to an emerging scenic, costume, lighting, sound, or other media designer in acknowledgment of excellence in artistry and collaboration. 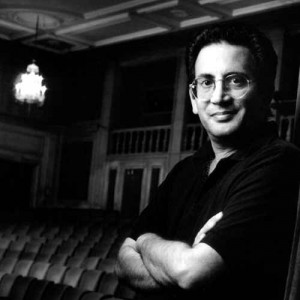 The death on August 19, 2000 of Goodman Associate Artistic Director Michael Maggio robbed the American theater of one of its most articulate and versatile directors. The veteran of over 60 productions in theaters around the country, Michael was a consummate artist who was equally at home in nearly any dramatic genre, from new plays to classics, grand scale musicals to intimate realistic dramas. The list of his Goodman Theatre credits recalls some of the most acclaimed productions in the theater’s recent history: a landmark Romeo and Juliet, set in Chicago’s Little Italy in 1919; the sumptuous Sondheim musicals Sunday in the Park with George and A Little Night Music; the frantic comedy of Keith Reddin’s Black Snow; the haunting beauty of the musical adaptation of Wings; and the much-lauded world premiere of Rebecca Gilman’s Boy Gets Girl. But there were some common elements to all of his work: a fascination with the human condition in all of its guises; an unerring grace and intelligence; and the passionate belief in the power of the theater to illuminate and transform. Michael directed a total of 22 productions at Goodman, making him the most-produced director in the theater’s modern era. In addition to his duties at Goodman, he served as the Dean of the Theatre School at DePaul University, which gave him the chance to pass his passion for excellence and his generosity of spirit on to another generation.