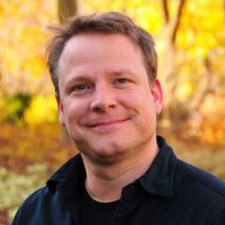 2011 Michael Merritt Award For Excellence In Design And Collaboration

WALT SPANGLER designs sets for theatre, opera and dance. Chicagoans know Walt primarily from his extensive work for the Goodman Theater, in particular with Artistic Director Robert Falls. Their projects together include King Lear, Desire Under the Elms, and A True History of the Johnstown Flood, for which Spangler received a 2010 Jeff Award. Spangler’s work as a set designer began at the age of 16 for a high school production of Tartuffe. He spent three years in Germany, where he studied drawing and painting and worked as an assistant to acclaimed theatre director Antje Lenkeit. He went on to earn degrees in dramatic art and German from the University of North Carolina at Chapel Hill and an MFA in set design from the Yale School of Drama. He has lived in New York City since 1991 and now enjoys a second home with his partner, Stephen, in downtown River North Chicago. Walt is currently a Visiting Assistant Professor at Northwestern University. 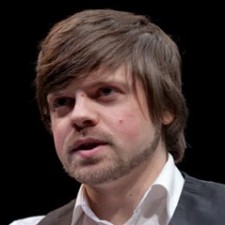 MIKHAIL FIKSEL is a sound designer, musician, composer and a DJ whose work has been heard on various stages, movie screens and dance floors in Chicago, New York, Los Angeles, Brazil, Russia, Holland and beyond. He is a member of 2ndStory and Strawdog Theatre Company, an Artistic Associate with Teatro Vista, Collaboraction and Redmoon Theatre and on the faculty at Loyola University. He has received 4 Joseph Jefferson Awards and has been nominated for 5 more.  This past year he received a Lucille Lortel Award and a Helen Hayes Award for sound design. Mikhail has written

several musicals, including Old Town (with Brett Neveu, Strawdog) for which he received a 2008 AfterDark Award for Best Original Score and Last Of The Dragons (with David Bareford, Lifeline) – soon to be published by Playscripts, Inc. Previous theatre work includes numerous collaborations with his numerous associations, as well as projects with Writers Theatre, Northlight Theatre, Victory Gardens, Next Theatre, Theatre Wit, Profiles, Goodman Theatre, St. Louis Repertory, Milwaukee Chamber Theatre, About Face, The Hypocrites, The House Theater, The Side Project, Lifeline, The Neo-Futurists, Wildclaw Theater, TUTA, The Silk Road Theatre Project and many others. Outside of theatre stages, he can be found working with his live music projects Seeking Wonderland and The Ordeal, or on his solo projects, sometimes under the monikers DJ White Russian or The Red Menace. 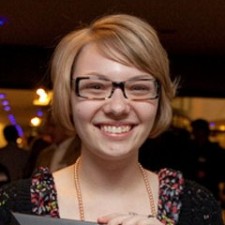 CLAIRE CHRAZAN is in her third year at Columbia College pursuing a bachelor’s degree in lighting design.  While at Columbia she has had opportunities to design various student productions including The Water Engine, Dirty Story, and Alice in Wonderland.  Claire has also graced the Columbia main stage with her design for Not I, 5 Short Plays by Samuel Beckett, directed by Columbia College Theatre Department Chair, John Green.  During her time at Columbia, Claire has also had numerous opportunities to work professionally around Chicago assistant designing shows at Steppenwolf SYA and The Court Theatre and designing productions in such venues as Stage 773, City Lit, and Second Stage. 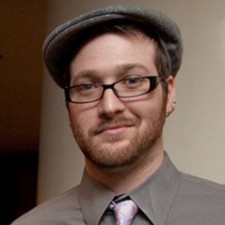 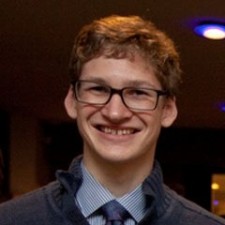 JEFF GARY’s design and composition work has been heard at The Theatre School, DePaul University, in Mayday Mayday Tuesday, Medea, Much Ado About Nothing, The Skriker, Cabaret, Four Twins, Inky, Nina Variations, Romeo and Juliet, Pygmalion, Loose Knit, Cousin Alice in the Aquarium, Adventureland, and Twelfth Night.  He had the pleasure of assisting Andre Pluess in his design of Electricidad, Mike Ross for his work on The Pillowman, and Victoria (Toy) DeIorio for her design of 1001.  Jeff will be the Sound Assistant for Oregon Shakespeare Festival’s 2011 Summer Season, and this Fall, will be attending Center School for Speech and Drama in London as part of The Theatre School’s study abroad program.  Jeff is very pleased to be receiving this honor, and looks forward to his many designs yet to come. 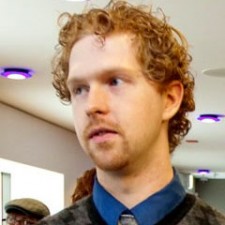 Shaun Renfro is a Chicago Scenic Designer.  Some of his productions include Voodoo Chalk Circle for State Theatre,  The Warriors for The New Colony, Talk Radio for State Theatre, Blues for an Alabama Sky for Green Tree Productions, and Prom Night for Les Enfants Terribles.  He would like to thank his mentors Todd Rosenthal, Kevin Depinet, and Walt Spangler for inspiring him to reach for the stars and to push him even farther.  He would also like to thank Tara Branham for her undying faith and patience. 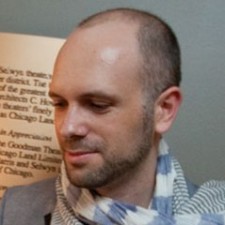 Miodrag Mekey Guberinic (costume designer) is currently in his final year of MFA Costume Design program at Northwestern University. He previously received his BFA from the University of Applied Arts in Belgrade, Serbia in 2005. Northwestern University design credits include Spinning Into Butter with director Derrick Sanders, Tartuffe with Sean Graney, Lie of the Mind with Brad Akin, In Trousers with Jess McLeod and The Mass with Dominic Missimi. The Seagull with Erik Friedman was Mekey’s debut costume design in the USA at Indiana University in Bloomington, Indiana. Upcoming projects include Where We’re Born and Animals Out of Paper at Steppenwolf Garage Theatre.