2012 Michael Merritt Award For Excellence In Design And Collaboration

Mara Blumenfeld is a Chicago-based costume designer.  A graduate of Northwestern University, she is an ensemble member of Lookingglass Theatre Company where she has designed costumes for over twenty-five productions, including Lookingglass Alice, Around the World in 80 Days, and The Brothers Karamazov.  Elsewhere in Chicago, she has designed numerous productions for The Goodman Theatre, Steppenwolf Theatre Company, Chicago Shakespeare Theater and Court Theatre.  Her work has been seen at regional theaters across the country, including multiple productions for Oregon Shakespeare Festival, Berkeley Rep, Seattle Rep, La Jolla Playhouse, Mark Taper Forum, Weston Playhouse, Kansas City Rep, McCarter Theatre, Shakespeare Theatre (D.C.), and the Arden Theatre in her hometown of Philadelphia.  Her work has also been seen internationally in Canada (Stratford Shakespeare Festival), the UK (Donmar Warehouse, Barbican Centre), France (Opera National du Rhin), and Australia (Melbourne Theatre Company).  A frequent collaborator with acclaimed adapter/director Mary Zimmerman, she has designed over fifteen of her productions, including Candide, The Arabian Nights, The Odyssey, Pericles, and Eleven Rooms of Proust.  Their New York credits include the Broadway and off-Broadway productions of Metamorphoses, The Notebooks of Leonardo da Vinci at Second Stage and Lucia di Lammermoor and La Sonnambula for the Metropolitan Opera.  Other New York credits include the Stephen Flaherty/Lynn Ahrens musical The Glorious Ones for Lincoln Center Theatre and Tony Kushner’s Homebody/Kabul for Brooklyn Academy of Music.  She is the recipient of three Joseph Jefferson Awards, a TCG Design Fellowship, and has been honored with Drama Desk and London’s Olivier awards.

Based in Chicago, his designs have been seen on the stages of  Time Line Theatre, Goodman Theatre, Steppenwolf Theatre, Chicago Shakespeare Theatre, Victory Gardens Theatre, Court Theatre, American Theater Company, Teatro Vista, The Hypocrites, Silk Road Theatre Project and many more. Off- Broadway and Regional credits include The York Theatre, Madison Repertory Theatre Company, and a Company Member of Barrel of Monkeys Productions.

Claire Sangster Lighting Design credits include Jackalope Theater, The Island Theater, Lifeline Theater, Liminality, New Suit Theater, and Geopolis. Also serves as a collaborating spectacle and lighting designer with Redmoon. Graduated from Columbia College in May of 2012 with a BA in theater design. She is one of the recipients of the 2012 Albert P. Wiesman Award.

Sally Dolembo Costume design credits include Life and Limb, The Glass Menagerie (Steppenwolf Garage), The Little Prince, Never the Sinner, Brighton Beach Memoirs, The Goat or, Who is Sylvia?, The Beauty Queen of Leenane (Northwestern University), Evita (Dunes Summer Theatre), Kokoschka: A Love Story, Bloody Poetry, Chopin’s The Awakening, Kid Peculiar at the Coral Court Motel, and several designs for dance (Washington University in St. Louis).  She received a BA in Design/Technical Theatre from Washington University in St. Louis and is currently completing her MFA in stage design at Northwestern University.  Sally was a 2007-2008 Fulbright Scholar to Italy, where she studied and worked at Tirelli Costumi, a renowned costume atelier in Rome.

Victoria Bain is a Junior at Loyola University Chicago studying Theater and Advertising/Public Relations.  At school she was most recently the Scenic and Sound designer for a second stage production of Eleemosynary. Other Loyola credits include: Lighting Designer for  Spring 2011 McElroy Shakespeare Festival and Jazz Chamber Concert, Lighting Designer for a design workshop for the play Agamemnon, live sound board operator for Loyola’s Alumni production of Oh, What a Bloody Good Friday last August and September, ASM for King John, running crew for Little Women, scenic painter for Mud, Assistant Master Electrician Fall 2011, and light board operator for Into the Woods.  She has taken classes in lighting, scenic, and sound design.  Most recently, she was the Assistant Lighting Designer to Lee Keenan, for Loyola’s production of A Streetcar Named Desire. Professionally she has worked for  The Hypocrites as Assistant Stage Manager for Pirates of Penzance; and for TimeLine Theater, as an electrician, and assistant to their Master Electrician Clare Roche. Vicki has worked with The House Theater of Chicago multiple times, being both an electrician and on running crew for both Star Witness and their current production of Death and Harry Houdini. 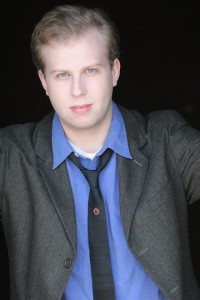 Thomas Dixon is a Chicago-based sound designer. He is an Artistic Associate of Steep Theatre, where his credits include The Receptionist, Pornography, A Brief History of Helen of Troy, and The Last Days of Judas Iscariot. He is also an Artistic Associate of Caffeine Theatre, where he designed Wreckage, Brutal Imagination, Under Milk Wood, The Changeling, and Tallgrass Gothic. Other shows he’s worked on in Chicago recently include Theatre Mir’s production of The Sea, for which he received a Jeff Nomination, fml: how Carson McCullers saved my life (Steppenwolf), The Girl in the Yellow Dress (Next), The Gog/Magog Project (MoonPie) and many others. You can see more of his work this fall at Strawdog Theatre in Neighborhood 3: Requisition of Doom. www.thomasdixonsound.com

Recent design work includes The Amish Project (American TheaterCompany); The Bluest Eye, SpringAwakening, Beauty Queen of Leenane, Brighton Beach Memoirs, and Godspell (Northwestern University).  William received his BFA from the University of Central Florida and is a third year MFA candidate at Northwestern University. In 2008, Boles was awarded the National Design Award from the Kennedy Center American College Theater Festival for his design of August Wilson’s, The Piano Lesson, and has also had his work featured in American Theatre Magazine. Upcoming scenic design work includes The Glass Menagerie (Steppenwolf Garage) and Zanna Don’t the Musical (The Music Theatre Company). wbdesigns.carbonmade.com