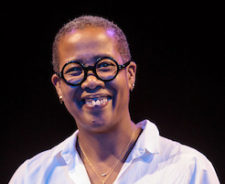 Her design work has been displayed in nine major museum and college exhibitions including a 2006 retrospective of her career at The American Museum of Natural History “Designing Woman: Inside the Life And Career of Costume Designer, Toni-Leslie James”, the Lincoln Center Performing Arts Library 2008-2009 exhibition “Curtain Call: A Century of Designing Women“, and “More Life!Angels in America at Twenty” at The Museum of Performance & Design in San Francisco, CA. in 2010-2011.

Ms. James is an Associate Professor and Head of Design at Virginia Commonwealth University and received her BFA in Theatre from The Ohio State University. 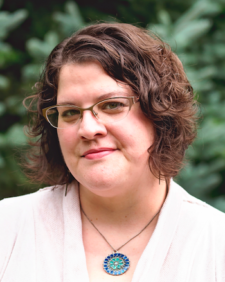 Beth Uber is a freelance draper and owner of ThreadLine Studios and Uber Costume. Graduating with a BFA in Costume Production from the Professional Theatre Training Program at the University of Wisconsin in Milwaukee, Beth began her professional career in the Minneapolis and Seattle areas. She moved to Chicago and began working at Chicago Shakespeare Theater in 2010. Beth draped on more than 25 productions at CST, including Follies, School for Lies, Elizabeth Rex, and Sunday in the Park with George. Having made many professional connections in her 5 years at CST, Beth left the company to start two businesses: ThreadLine Studios, a shared costume work space available to rent and Uber Costume, an independent shop which creates costumes for theater, opera, and dance. Since its establishment in 2015, Beth and her team at Uber Costume have contributed to more than 65 productions for 23 different companies, locally from Glencoe to Hyde Park and nationally from St. Louis to New York City. Highlights include: Rusalka (The Metropolitan Opera, featured on The Met: Live in HD playing at cinemas internationally); Les Troyens, The Marriage of Figaro, The Magic Victrola (Lyric Opera Chicago); Trevor, The Importance of Being Ernest (Writers Theatre); A Funny Thing… (The Muny), Treasure Island, Plantation!, Mr. and Mrs. Pennyworth (Lookingglass Theatere Company), Blues for an Alabama Sky, One Man, Two Guvnors (Court Theatre) Hazel, 42nd Street, South Pacific (Drury Lane.) Beth had the fantastic opportunity this winter to work as a guest draper and mentor for The Theatre School at DePaul University’s production of Three Sisters. She and her team recently completed her 14th production for Lookingglass Theatre Company, 20,000 Leagues Under the Sea. 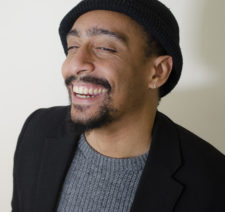 Rasean Davonte Johnson is a video artist, filmmaker, and theatrical designer whose work has be seen at museums, galleries, and various stages across the country. An Ohio native, in his first foray into moving image he produced The Price of Pride, which was featured in the 2008 Columbus International Film Festival. Upon moving to Chicago he found himself deeply involved in the video and theatrical community working on various projects at Collaboraction and American Theater Company. Theatre work includes collaborations with numerous institutions including Steppenwolf Theatre Company, Long Wharf Theatre, ArtsEmerson, the McCarter Theatre Center, Yale Repertory Theatre, Alliance Theatre, Berkshire Theatre Group, The Ningbo Song and Dance Company, Yale Opera, Teatro Vista. Timeline Theatre Company, The Hypocrites, Porchlight Music Theatre, Halcyon Theatre, Redtwist Theatre, and many more. In addition to theatrical work his exploration of installations allowed him to create and work on projects such as Living Sculpture as a part of LUX: Ideas Through Lights and the Beinecke Rare Books Library, A Night of Wonder with Pornchanok Kanchanabanca at the Yale School of Drama, Passengerpresented at the Bridgeport Film Festival, The Ballad of Lula Del Ray 2.0 with Manual Cinema for the opening of the Logan Arts Center, and Behind the Whites at the Yale Art Museum. He has earned a degree in theatre from the Ohio State University and an MFA in projection design from the Yale School of Drama. Additionally, he has lectured and led workshops on design at various schools including Yale University, Boston University, Syracuse University, The Theatre School at Depaul, and the Ohio State University. 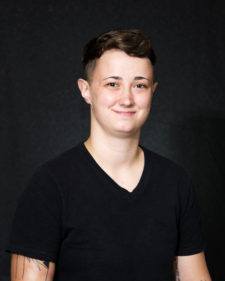 Becca Venable is a Dallas, Texas native now living in Chicago where she is the assistant technical director at the University of Illinois at Chicago, the technical director for Chicago Children’s Theatre and Red Theater Chicago, as well as a company member of both Red Theater Chicago and The Comrades.  In 2014 Becca graduated from Texas Tech University with a BFA in Theatre Arts: Design/Technology where she worked on multiple shows including Fuddy Meers, How I Learned to Drive,Twelfth Night,andRent.  While  living in Lubbock, Texas she worked on Snow White and The Nutcracker (Ballet Lubbock),Beauty and the Beast,Mary Poppins, andThe Little Mermaid(Lubbock Moonlight Musicals),Flatlands: Encore! andLines and Lights (Flatlands Dance Theatre), and The Boys Next Door (Lubbock Community Theatre) to name just a few.  Immediately after graduating Becca worked for Eastern New Mexico University as their production manager and resident lighting, sound, and scenic designer for a year where she worked on Reckless,Almost, Maine,Any Given Monday,and Both Sides. Now in Chicago, Becca works as a freelance technical director, sound designer, lighting designer, and stage manager around the city.  Some of Becca’s Chicago productions include Intimate Apparel(University of Illinois at Chicago), American Hero(First Floor Theater), Sweet(Fleetwood-Jourdain Theatre), Weekend Comedy(Oil Lamp Theater),Damascus(Strawdog Theatre Company),In the Wake and Row After Row (The Comrades),The Mars Assignment(Collaboraction Theatre Company), The Good Fight (Babes With Blades), andWounds to the Face (Runcible Theatre Company).

Therese Ritchie is a Chicago-based designer who loves taking on new challenges and learning from her peers. Originally from Pepperell, MA Therese grew up devising small theatrical productions and art with her friends. Therese has recently graduated from Columbia College Chicago with a Bachelor of Arts in Theatre Design with a focus in Scenic Design. Recent design credits include (Puppets)The Conference of the Birds and (Scenic Design) The Wild Party, Caroline, or Change, and Wait Until Dark. Therese would like to thank all her mentors and friends from CCC as well as her family for their love and support. 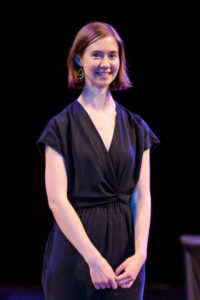 Madeleine Byrne is a third-year student at The Theatre School at DePaul University pursuing a BFA in Costume Design with a minor in History of Art and Architecture. At The Theatre School, Madeleine has worked as a costume designer, assistant costume designer, wardrobe supervisor, and the manager of the school’s Costume Storage department, which coordinates costumes for over 25 productions each season. Madeleine looks forward to designing the US premiere of Robert Icke’s Oresteiaat the Theatre School next spring, as well as her summer internship in Costume Collections at the Chicago History Museum. 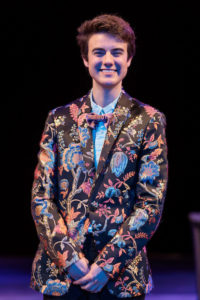 Spencer Gjerde is a graduate of Loyola University Chicago with degrees in both Theatre and English. His past Scene Design credits include Tin TypesandEurydice.  He designed the properties and puppets for Loyola’s production of She Kills Monstersand served as a carpenter in the scene shop for the past three years. As lead designer at Timberlake Playhouse in Mount Carrol this summer, Spencer’s upcoming productions includeBeauty and the Beast, Born Yesterday, Forever Plaid, The Full Monty andBaskerville: A Sherlock Holmes Mystery.  He has strong interest in Children’s Theatre and Storytelling. 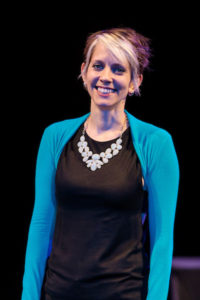 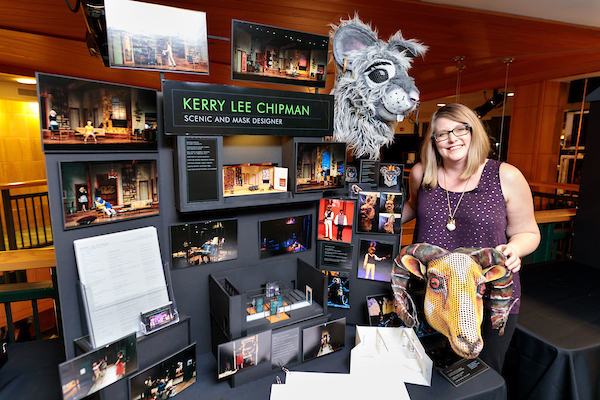 Kerry Lee Chipman is a freelance scenic designer and the Assistant Professor of Scenic Design at Ball State University.  She completed her undergraduate degree in Performance and Production at Fordham College at Lincoln Center.  After graduating, she lived and worked in New York for several years as a freelance scenic designer, as well as a scenic carpenter and stagehand prior to attending the University of Tennessee-Knoxville for her MFA in Scenic Design.

New York designs include: That Which Isn’t and Strays at the Brick Theatre, Coney at the New Ohio Theater, Life of Galileo at the Kehoe Theatre, Time is the Mercy of Eternity at the West End Theater, Departures and The Most Wonderful Love at the Access Theater, Lascivious Something, Hoodoo Love, and Girl. for the 2006 Mentor Project at the Cherry Lane Theater. Regional: Clarence Brown Theatre, Knoxville: The Merry Wives of Windsor, Little Shop of Horrors, Flyin’ West, Speech and Debate, and The Story of Opal. Children’s Theatre of Charlotte: The Borrowers and Pinkalicious: the Musical.  Ball State designs: As You Like it, Lift, SIC, Boeing Boeing andPride and Prejudice.

In addition to scenery, she also designs and creates masks for regional dance and theatre productions. Currently she lives in Muncie with her husband, two cats and two dogs.  When she is not designing and making things for theatre, she designs and makes things for regional markets, and looks for unique (cheap) vintage kitsch, lamps and furniture to restore. 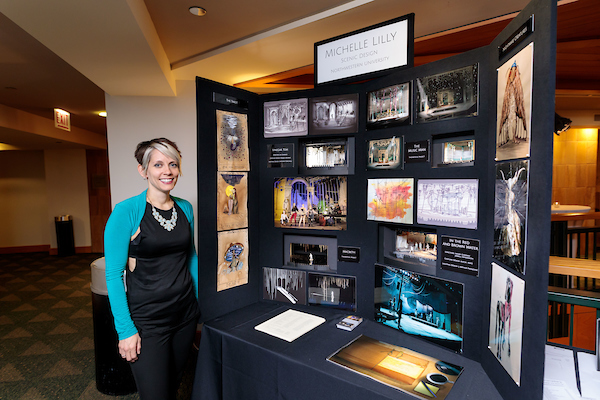